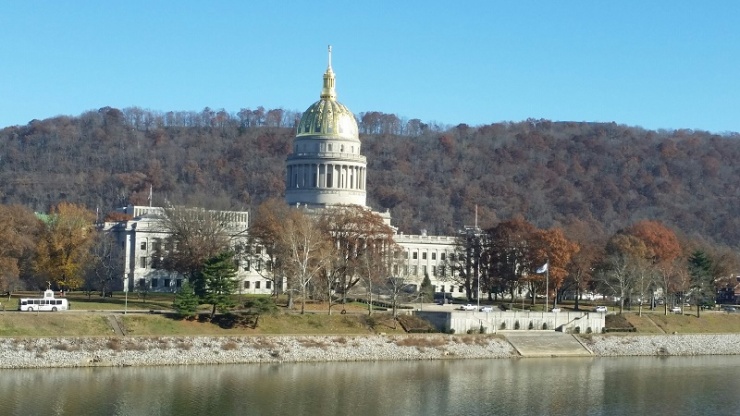 Climate change activists are fighting battles on many fronts.  There are 10 new pipelines on the East Coast alone, either proposed or under construction.  The Federal Energy Regulatory Commission (FERC) is in the hands of gas and oil supporters and the Environmental Protection Agency (EPA) is run by a climate denier.  My husband Charlie and I went to Charleston, West Virginia, to attend the EPA’s public hearing on their proposal to repeal the Clean Power Plan (CPP) knowing it was a sham but reluctantly thinking it was the right thing to do to support the counter event, Hearing for Healthy Communities sponsored by the Sierra Club.  We went to both and as always, it is enlightening to be in the middle of people who care and speak out against the huge odds of overpowering money, greed and influence.

We were shuttled by Sierra Club representatives from the University Of Charleston where their hearing would start in the afternoon, across the Kanawha River to the gold-domed state capital where the EPA held its hearing.  We immediately came upon a press conference of the United Mine Workers of America with 20 members standing behind their legal team.  They are against the CPP stating that good jobs and pensions will be lost and jobs in the renewable energy sector will not be as high paying.  They acknowledge climate change and want a different CPP that would ensure the future of coal.  It was impossible for me to get the details of their proposals but I felt sad that they were seeing renewable energy as the enemy instead of the lack of a just transition that would protect their incomes. 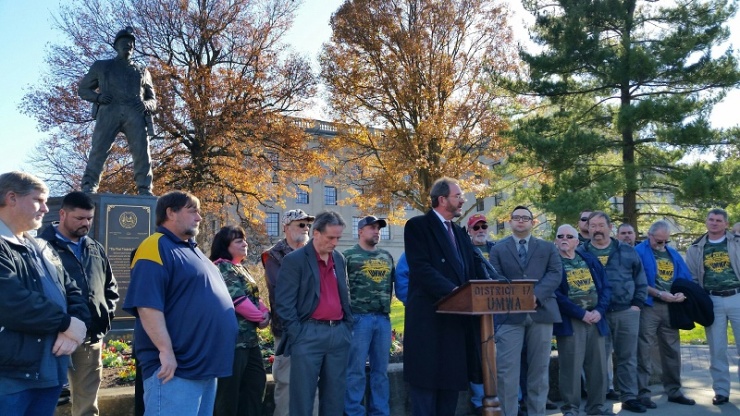 Inside, three concurrent hearings were in process and we listened to one for about an hour. The PA system was poor but people methodically read their 3 minute prepared speeches.  A representative from the Natural Resources Defense Council told Charlie the next day that the testimonies were running about 80% against repeal.  People came from all over, even to the remote center of coal country.

We shuttled back across the river for a nice buffet lunch provided by the Sierra Club and then heard an expert panel tell of the health impacts of coal.  Two representatives from latino organizations started off stressing environmental justice issues.  One, from Green Latinos, stressed the importance of informal testimony that we all do every day and that people believe what they are told more than what they read.  The League of Latinos stated the projected cost of Hurricane Maria to Puerto Rica is $200 billion and that it is possible to have both a healthy environment and economy.

The next four panelists were a Georgetown University professor of Public Health Nursing, a representative from Healthy Downstream Strategies based in Morgantown, WV, the N.Y. Attorney General’s general counsel, an activist from Upshur County, WV, and a representative from the Union of Concerned Scientists (UCS).  The last, Jeremy Richardson, was a brother, son and grandson of WV coal miners.  Their points were that the CPP is doable as proven in the Regional Greenhouse Gas Initiative (RGGI) states, and necessary to lessen climate change; that the EPA needs to go further and address fracked methane gas which isn’t addressed in the CPP; WV has no large scale solar and is near the bottom of state rankings for energy efficiency and life expectancy; the UCS stance on nuclear is nuanced, based on each situation; the Rockefeller Fund has done good work with job retraining in coal communities.

Testimony from the public followed with 30-40 people stating the reasons repeal is repugnant, including a 12 year-old boy.  I am happy he is being taught to do public speaking at an early age.  I used to be critical of children speaking in similar settings but now think it’s important for their experience and for the rest of us to have a face of the future right there.

The next morning, all of the transcribed testimonies from the Hearing for Healthy Communities were delivered to the EPA representatives, after a woman from Harlan County, KY, gave her testimony on how coal has devastated her family’s health.  Another man, representing Energy Efficiency for All (EEFA) which is supported by NRDC, stated the CPP is needed to fund programs that would be a lifeline for poor families and a smart investment that creates local jobs, eliminates the need for expensive new power plants, reduces pollution and saves money for taxpayers nationwide.

As we were leaving I had a conversation with an EPA employee who was working at the registration table.  She works at the EPA office in the research triangle in North Carolina.  We talked about the need of faster change and of thinking about how inside EPA information could be important in this.  She was not condescending and emphasized that there are many in EPA who ‘get it’ and are trying to strategize their effectiveness.

There were 100+ at the Hearing for Healthy Communities.  I applaud the Sierra Club for organizing this event that brought the press to educate the public and that gave courage to those who attended. 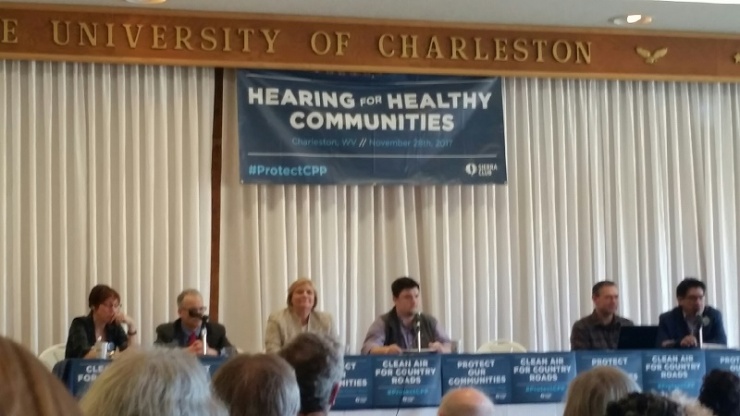