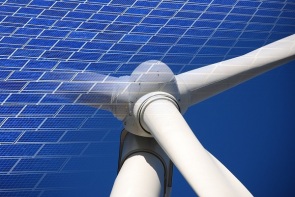 Progress in addressing climate change is, of course, held up by the interests vested in coal, oil and natural gas energy resources, and by those who fear that we cannot replace these energy sources without damaging the economy.

Coal, oil and natural gas are natural resource-based sources of energy. The prices of those products has tended to stay flat with some temporary spikes. Technology-based energy, by great contrast, will tend to go down in price over time.

We are not accustomed to thinking in terms of tech-based energy, but we have had some forms of it for a long time, such as nuclear and hydroelectric power. Today, we also have solar, wind, wave, geothermal, and eventually we’ll have fusion. These will not consume natural resources, except in the more limited way of fabricating technology. The “fuel” of tech-based energy is intellectual and informational. While the need to reduce greenhouse gases has hastened the rate at which we transition from natural resource-based energy to tech-based energy, we will reap the benefits to quality of life and standard of living earlier.

If the Apple iPhone X were implemented in vacuum tubes in 1957, the transistors alone would have cost $150 trillion in today’s currency (one and a half times today’s global annual product), taken up a hundred-story square building two miles long and wide, and drawn 150 terawatts of power — 30 times the world’s current generating capacity.

The last factoid is worth reemphasizing. A single computer in 1957 matching the computing power of today’s iPhone would have required 30 times the electricity generation capacity of the whole world!

The Apple iPhone is a metaphor of the future. We can have a higher standard of living for less cost while consuming fewer resources and using less energy. The necessity of mitigating climate change may be hastening arrival of the future, but the good news is that we will have this new world sooner rather than later.

Hanging onto fossil energy will put America more in step with North Korea than with the world of the future. Need I note that the U.S. is the only country in the world not part of the Paris Climate Agreement?

Although much of our private sector and many state and local governments are embracing the future of green energy, the federal government is dismantling environmental protections and propping up energy industries of the past. Meanwhile, China and Europe and the other 192 nations that entered the Paris Climate Agreement are choosing the future.