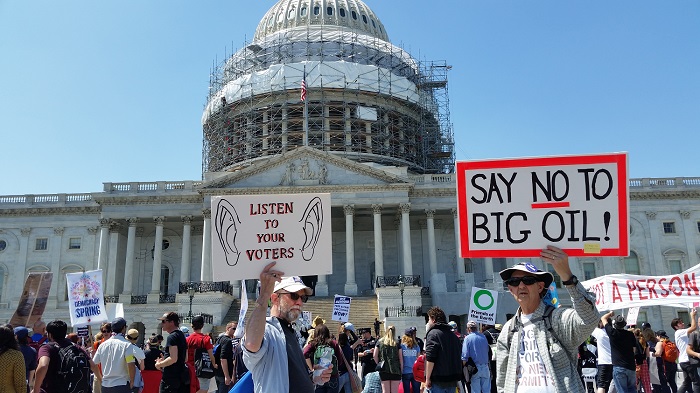 CAAV members Cathy and Charlie Strickler participated in the Democracy Spring demonstrations in front of the U.S.Capitol on Saturday, April 16, 2016, and Democracy Awakening rallies, marches and demonstrations on Sunday and Monday, April 17 and 18 in central D.C.

Saturday’s demonstrations and mass arrests for acts of civil disobedience were part of a weeks-long effort “protesting the influence of money in politics.” USA Today covered some of this here.

In addition to the top photo of Bruce Lynden and Charlie Strickler holding up signs, Cathy sent us these photos from Saturday:

People on the steps were arrested. 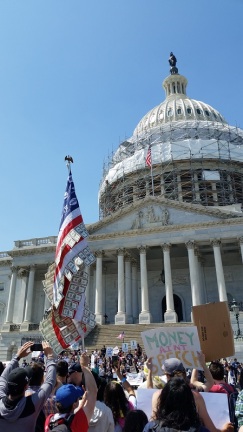 Marching up Independence Avenue after the rally, by the Supreme Court to Union Station. 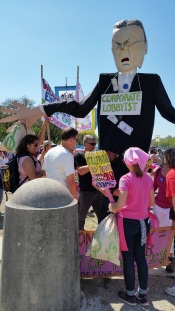 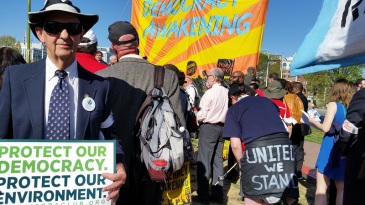 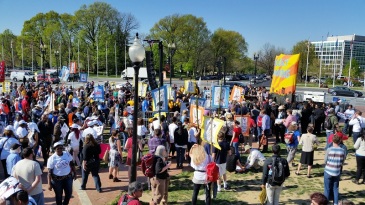 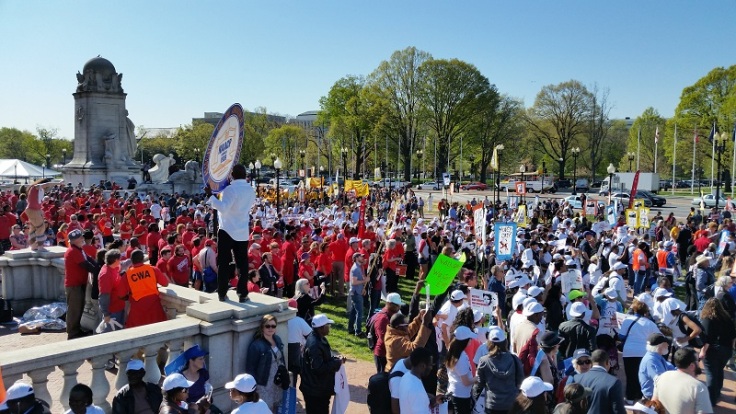 Marching to the Capitol.